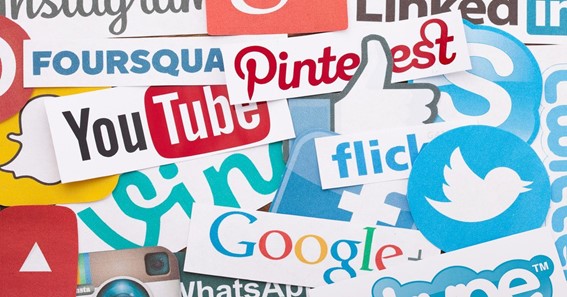 5 most popular social media platforms in the world

In today’s digital age, social media platforms are always used in daily life. This also makes many new social media constantly appear until finally giving a list of the most popular social media in the world.

In most countries in the world, we also use very popular types of social media. Social media is not only an entertainment tool to relieve people but it can also be used as a means to stay in touch and even make money.

Based on research data compiled by We Are Social in 2020, users aged 16 to 64 spend an average of 3 hours and 26 minutes per day accessing social networks.

So, what are the most popular social media in the world that people use? Check out the following list compiled from Sensor Tower!

The list of the most popular social networking platforms

The first most popular social network position in the world is occupied by TikTok. Although relatively new, TikTok has proven itself capable of capturing the interest of social media users amid the onslaught of Instagram and YouTube.

According to the number of downloads on both Google Play Store and App Store, this short video-sharing social networking platform with fun effects and filters is currently the fastest growing social media.

TikTok’s watermark helps protect content creators but also causes a lot of trouble. Therefore, many users have decided to use TikTok downloaders like Tikmate, SnapSave, SnapTik, Downtik, SSStik, … to be able to download TikTok videos without watermark.

Based on research data from CNBC in Sep 2021, the number of TikTok users reached more than 1 billion in that year.

The pioneering social media has long been showing its buzz as the most popular and widely used social media by people from all over the world.

Yes, Facebook is still popular today. Sharing statuses, pictures, videos and other content on social networks is still a favorite of many people. This is inseparable from the many features offered. Now, Facebook can even be used as a place to sell as a marketplace.

According to a report released by Facebook in Q2 2020, they have 2.7 billion monthly active users.

Instagram is not just an ordinary photo and video sharing platform, in which people can convey all their messages and expressions through stories feature equipped with various unique filters. The new filters and features it brings are also getting more and more people interested in installing Instagram.

Have you ever heard of Snapchat? Perhaps not everyone in the world knows about this social network. However, Snapchat is also among the most popular social media in the world.

Snapchat is a mobile messaging app because users can send photos or videos to each other, which are then deleted seconds later.

The concept is definitely a bit different from social media in general. Users can also get even more creative by adding fun text or filters to the photos/videos they send.

Based on data presented by We Are Social 2020, Snapchat has over 300 million monthly users.

After TikTok rocked the world with its rapid growth, more and more similar social media platforms appeared, one of them being Likee. Like TikTok, Likee is a platform for sharing short videos with other users.

Created in 2017, the application is still under the umbrella of Bigo Technology from Singapore, allowing users to create short creative videos with more than 2000 video effects available.

Currently, Likee is available on Google Play Store and App Store in more than 200 countries including the USA, Russia, and Brazil. Meanwhile, its users have reached more than 150 million people worldwide.

The article is a list of the five most popular social media in the world. Is your favorite social media on the list above? Let me know in the comments column!

To Know Some Great Stuff Do Visit BioCaptions

To Know Some Great Stuff Do Visit BiosWikis

To Know Some Great Stuff Do Visit Caresclub

What is Data Warehouse?