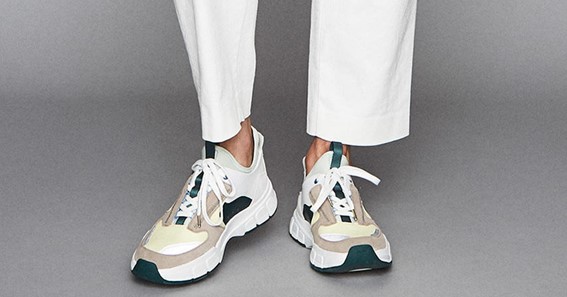 Every man needs a stylish, and functional shoe wardrobe. To be able to establish one, he must know the different types of available shoes, and the purpose of wearing them. Pairing a tuxedo with a black leather blucher doesn’t go with each other. Thus, it is necessary to have an understanding of the trending fashion associated with men’s shows. Knowledge about footwear also enables making better decisions while shopping for mens shoes online or from physical stores.

Over the past few years, men’s footwear has seen a huge surge in popularity and promotions. But the internet doesn’t have much reliable information about the same. The majority of the information about creating a stylish shoe wardrobe aims at women. Getting the right advice about shoes is highly essential because apart from the hard-earned money invested, it impacts the physical health involving the back, feet, and legs.

Having a pair of brown brogue is a must-have in every man’s shoe wardrobe. Brogue shoes are designed in a way that they have a typical decorative perforation on the upper portion of the leather. The style is in trend because of its versatility and stylish looks. When a man wishes to spice up his smart and casual clothing, brown brogue simply adds up the whole essence. It goes well with well-fitted jeans, along with a tailor-made suit, and is perfect for the office as well as dance floors. Brown brogues also pair well with chinos and slim-fit trousers. Fashion stylists recommend opting for a semi or quarter, dark brown brogue.

Loafers are often synonymous with summer footwear, giving comfortable, cool, and casual looks. The reality is loafers are super stylish and can be worn all around the year. Similar to the brogue style, even loafers go perfect with both formal and casual men’s outfits. The versatility that loafers offer makes them one of the most popular styles in the men’s shoe section. One can easily get hold of such stylish men’s shoes online and in physical stores.

Loafers are not suggested to be worn with conventional suits. They are best paired with denim, chinos, and sport-styled coats and jackets. Loafers are less formal than the lace-ups but can add a dash of sophistication to a man’s appearance. Furthermore, they are available in multiple colors, like black, brown, navy blue, green, and even red. Choosing between suede or leather loafers depends on personal style and preferences. It is a summer staple shoe, easy to wear, comfortable, and stylish.

It is not as formal as brogues, but they are not sneakers as well. Chukka boots are very popular as casual stylish shoes. Its versatility makes it worn by thousands of men all across the globe. Unlike loafers, chukkas can be worn with a suit. It goes best with a casual white T-shirt and dark denim. Chukka is a simple, yet stylish shoe with open lacing and eyelets. This is an ankle-high boot style footwear that is available both in leather and suede.

Chukkas are popular among soldiers because of their durability and comfortability. Suede chukkas are recommended because they incorporate a visual appeal and elegance to a man’s appearance. Chukkas are mostly available in neutral shades of navy blue and brown. Chukkas can be considered more casual-style footwear.

Sometimes even the most formally dressed man wants to style casual. Nothing seems better than going casual with simple, and minimalist sneakers. It is the most popular, and widely used go-to-casual footwear option. The canvas sneaker is popular among men as it goes with all types of casual outings. Stylists recommend men to have at least white, beige, or gray color sneakers, as it goes perfectly with all types of casual outfits.

Minimalist sneakers in suede and leather are also in trend apart from the canvas style. The style is easily accessible at men’s shoes online section at cost-effective prices. Sneakers are considered versatile, stylish, and comfortable footwear options throughout the year. The style is mostly applicable for those men who love wearing casual outfits more than formal, or semi-formal clothes.

Also referred to as blucher, is one of the top-rated shoe styles for men across the world. A black color derby or oxford is probably the first formal pair of shoes that a man invests in. The classic rounded toe variety is the most recommended one, though the square-toe variant is also available easily at the men’s shoes online section as well as in physical stores.

Derby and Oxford are the same men’s footwear style, but there is a slight difference between the two. The Derby style has an open lacing style, while the Oxford style is designed with closed lacing. As far as color options are considered, black and brown are the two most popular as well as the most purchased colors for Derbys and Oxford styles.

Black is considered as the preferred option among men as it goes well in the majority of the formal occasions, starting from offices, weddings, to funerals, and certain professional events. On the other hand, brown is the more casual and versatile option. When lighter shoes have opted, the style becomes casual.  The Derby and Oxford styles are sleek and fashionable, and the style that separates men from boys.

Investing in a leather boot is a must for every man conscious of the fashion and style associated with shoes. Depending on one’s style, personality, and preference, he can incorporate multiple dimensions to his appearance. All this with the help of a simple leather boot, preferably brown. One can shop for casual work boots, chukka boots, cowboy boots, Chelsea boots, etc. Wearing stylish and well-worn boots will enhance a man’s appearance significantly.

The above-mentioned are some of the must-have styles for men’s footwear. A man who is a shoe fanatic, and gives importance to the trends that are in the market, will consider having stylish options. The shoes mentioned are easily available in the men’s shoe online section. One can even shop in physical stores.