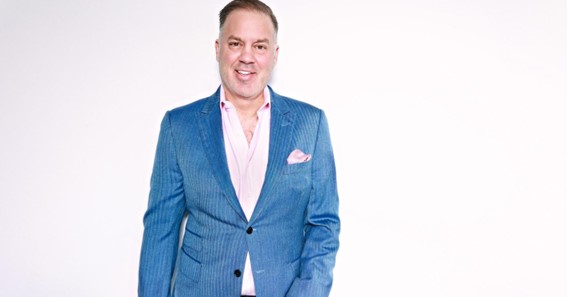 Who Is Christopher Terry, IM Mastery Academy CEO? Takeaways From His Educational Philosophy

Christopher Terry, IM Mastery Academy CEO, co-founded the Academy with his wife, IM Mastery Academy CFO Isis Terry, in 2013. Their goal was to build an online financial education platform that students could use to learn about several financial markets, including the foreign exchange market, the cryptocurrency market, and e-commerce.

For Christopher Terry, IM Mastery Academy provides an opportunity to pass on his message of positivity and the value of hard work in the pursuit of knowledge.

Read on to learn more about Christopher Terry’s educational philosophy and its implementation at IM Mastery Academy.

In a recent video, Terry emphasized that self-confidence and positivity ought to play a key role in the educational process.

“If you come from the mindset and thoughts that you’re struggling. Yeah, you are, you’re struggling. If you come from thoughts that, ‘Man, I’m having a tough time with this,’ then you’re right. You’re having a tough time with this thing,” said Terry. “You can’t talk about the struggle. The devil and God can’t live in the same place. Good and bad can’t reside in the same location. The sun and the moon can’t reside at the same time. Right? You have to claim what you want.”

Christopher Terry leads IM Mastery Academy with this positive mindset, which has connected with thousands of students from around the world as the Academy has grown on an international scale in its nearly 10 years of operation.

But Christopher Terry’s philosophy is about more than just a positive attitude. Terry stresses the value of hard work, drawing on his life experience and early career.

“I slept four hours a night. I worked most of the time,” he explained in another recent video of an IM Mastery Academy event. “Chris is up on stage in front of thousands of people because he what? He worked. Some of you guys think work is a four-letter word. Yes, it is. But you have to put the work in.”

And in June 2022, Christopher Terry announced IM Mastery Academy’s launch of a travel and lifestyle service called Travel and Lifestyle Experience (TLX). The service offers members discounts on hotels and resorts worldwide and unique membership rewards. It also embodies Christopher Terry’s educational philosophy of positivity and elevating others, and will offer themed trips and events focused on financial topics such as the forex and cryptocurrency markets, as well as volunteer opportunities for environmental and social causes.

As the CEO of IM Mastery Academy, Christopher Terry spends his time and effort trying to inspire students to pursue education and opportunity, and to work hard and remain positive in their pursuits.

Note: IM Mastery Academy is an educational forum for analyzing, learning, and discussing general and generic information related to markets and strategies. IM Mastery Academy does not provide personalized recommendations or views as to whether an investment approach is suited to the financial needs of a specific individual. Before deciding to participate in the forex or other markets, you should carefully consider your investment objectives, level of experience, and risk. Most importantly, do not invest money you cannot afford to lose. You should take independent financial advice from a professional in connection with, or independent of, research and verify any information you find on the IM Mastery Academy website.

What Attracts Bugs To Your House?